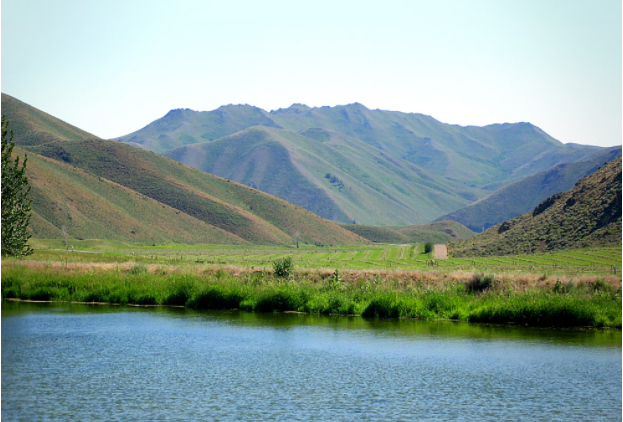 The Hailey City Council on Thursday voted unanimously to move forward with an annexation agreement that would bring the planned 200-unit Quigley Farm development into the city limits.
The Hailey Planning and Zoning Commission will hold a public hearing in June to make final recommendations on the proposed development.
The decision to annex 230 acres in Quigley Canyon for a 116-acre residential and commercial development won out over the city’s option to instead recommend a planned-unit development application in Blaine County. The decision was made during the first meeting held for council deliberations, and after weeks of public comment.

City Attorney Ned Williamson said the annexation agreement would be finalized only if the city and Quigley Farm developers find the final version “mutually agreeable.”
The Quigley Farm plan calls for 200 residential units, athletic fields, mixed-use retail/commercial and nonprofit offices, a trailhead, a 25-room lodge and a school.

Williamson said in an interview that the day before the May 11 public hearing, the Quigley Farm team informed the city that it had received a bid of $350,000 for four traffic mitigation improvements associated with the proposed development. He said the City Council agreed Thursday to take instead a $200,000 contribution from the developer to pay for three improvements: improvements to the sharp turn at Eighth Avenue and Bullion Street, a bike and pedestrian path connecting the project with the Wood River Trail and a roundabout at the intersections of Eighth Avenue and Croy Street.
The council agreed to not require a fourth traffic impact mitigation option, recommended by the development team, to build a double turning lane at the intersection of Fox Acres Road and Highway 75 by final buildout.

“That is still an unknown,” Williamson said. “Over time [as the agreement is finalized] we will come to see how that plays out.”
A traffic impact study is currently being revised by Lochner engineering firm, following public criticisms that Williamson said were “valid” and would be taken into account.

Williamson said Quigley Farm residents would pay for water and sewer hookup fees in the city, and that if the onsite treatment system fails or does not go into operation, the developers could be assessed a portion of costs associated with a new $680,000 pressurized sewer line.
Williamson said that even without the annexation, the city would need the new line at full infill buildout.
The P&Z agreed last month to not recommend creation of a new Integrated Community Development Zone district for 15 acres of the proposed new development, as proposed by the developers. They agreed to instead recommend creation of a new overlay district that would allow “peri-urban” agriculture over a 15-acre area in the General Residential Zone.

Those 15 acres could include a live-work dwelling units, food service centers and a community center. Animal processing could possibly be allowed as a conditional use.

The P&Z also called for a method to include commercial zoning within a proposed three-acre Neighborhood Service Center at its center within the General Residential Zone. The center requires that its commercial uses serve residents within a half mile.
The P&Z recommendations, if followed by the City Council, would likely leave most of Quigley Farm under General Residential zoning, allowing for nonprofit spaces, but prohibiting general and professional office spaces, which many critics have claimed would lead to competition with Hailey’s downtown.
City Councilman Don Keirn responded in an interview to comments made recently by Hailey resident Peter Lobb and others who say the development could not pay for itself, based on a 2003 TischlerBise study.

“Since that time we have implemented annexation fees, development impact fees and a local option tax,” Keirn said, implying that those fees would keep the development from impacting current residents.

A preliminary annexation agreement states that the developers would be assessed $580,000 in annexation fees and $690,000 in building permit fees, as well as $406,135 for development impact fees, 72 percent of which ($292,000) could be spent on streets, according to city ordinance, Williamson said.
The proposed development’s property owners would also be assessed $1.5 million in water and wastewater hookup fees upon final buildout.